Julia
Yes, I do laundry. But the title of this blog comes more from the mixed bag of roles that make up my life than from the dirty clothes that fill our closet. I never set out to 'have it all', which is a good thing, since what I've been given is much richer than anything I could have searched for.

Please don't feel shy about leaving comments or emailing me. My email address is:
LotsaLaundry1 AT gmail DOT com

Our Cast of Characters

My Book for New Moms 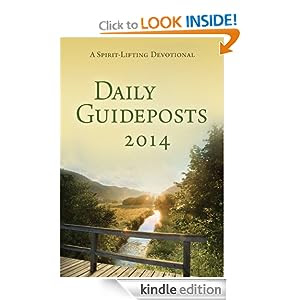 I also blog about growing in faith at Seeds of Devotion.

The size of the problem

I was talking to a dad of two the other day, as he held his crying 2yo in one arm and his newborn in the other. "Ah, you've learned to hold both of them already!" I laughed, recognizing the how on earth am I supposed to manage this? look on his face. He wasn't sure he'd accomplished what I thought he had, and he asked how one does manage two, and I advised, "Oh, there's no right way. Half the trick is not to think about it -- just do it."

The good thing about most I-don't-know-what-to-do parenting crises when your kids are young is that they last a whopping five minutes. Which means you don't really need Calgon to take you away; what you need is a five-minute block of patience, or endurance, or lip-zipping. You need to let that wave of frustration or insecurity wash over you, instead of giving in to the feeling that you're drowning.

There are any number of times in life when we feel we are going under when in reality we're just being smacked in the face with a wave. We're facing a five minute problem. Or an hour-long problem. Or a two-day problem. Or a $100-a-month problem.

Which isn't to say that we have the resources at that moment to manage through the next five minutes or come up with another $100. But figuring out the size of the problem can help keep it in perspective. We can say to ourselves, "Okay, so I can't see a way out of this now, but this is a [length of time] problem. It will pass. It will pass. And I will figure it out."

And usually it does, and we do.


*        *        *         *         *
There are other kinds of problems, of course. The other day the mom of a 20-something boy who is off at college wrote to a listserv I'm on, to say she's terrified because her son is deeply depressed. She can't persuade him to go to the psychiatrist. He won't exercise or go out or shower. He doesn't want help, and he definitely doesn't want her help.
Another woman on the list, whose adult daughter had been severely anorexic wrote in reply that when she was terrified about her daughter she told a therapist, "It's my job as her mom to keep her alive!" and the therapist gently replied, "No. When she was little it was your job to keep her alive. She's an adult now. And that's not your job any more. It's hers."
Sometimes it's not in our power to change things we desperately want to change. Sometimes we are relegated to the sidelines to flap our arms helplessly. Much as we'd like to, we cannot climb into the mind of the depressed person and change his thoughts. We cannot make choices for the person prone to rage or alcohol abuse. We cannot force a self-centered person to choose a more thoughtful path. We can present options, make recommendations, pray feverishly, ache terribly, bring the person to professionals who can help. But we cannot be that person and do the things for him or her that are needed.

And here our perception of the size of the problem whacks us upside the head in a different way. For failing (refusing?) to recognize what's outside our control means we don't see that the problem is bigger than we are. We take on more responsibility than is rightly ours. And this causes us to suffer even more.

A single mom of two, whose children both have developmental delays and numerous psych diagnoses, also wrote to the woman of the depressed man. This woman's teenage daughter has had suicidal thoughts daily for over two years. She offered this insight:
Pain x Resistance = Suffering
Wishing fiercely that we didn't have the problems we do, or denying they're as bad as they are, or getting angry that this is happening only multiplies our suffering. The more we fight reality the harder it is. And it's hard enough. Really.
*        *        *         *         *
A few weeks ago Big Guy and I were coming home on the train and he flew into a rage. He stomped off down the car with the black scowl that I recognize as the physical marker of his entry into a will-we-need-to-call-911 mood. I let him alone, knowing that anything I said would feed the dragon. There are times when the best thing you can do is step back; doing nothing is better than making matters worse.

Ten minutes later we had to change trains, and Big Guy got off at the other end of the car and strode fiercely out of sight. I reminded myself that technically there was no reason he had to travel with me: he's 15, old enough to get home on his own. But when I arrived at the other platform and glanced around, he wasn't there. For a variety of reasons I decided he was probably somewhere nearby and didn't want me to see him. After a few minutes I spotted him pacing further down the platform.

I waited out of sight, wondering what state of mind Big Guy was in. Was he calming himself down, or had he accelerated into despair? I didn't know. And then it hit me: If he tries to fling himself in front of a train, I cannot stop him. He is bigger than I am. He would take me with him.


For better or worse, the size of the problem was bigger than I could solve. I had to own the part I could own, and let go of the (bigger) part that I could not. And as I grasped this the train came in.

Thankfully, there was no screeching of brakes.